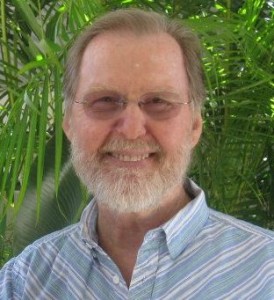 My name is James Edward Christensen.

People call me Jim. I was born in southwest Missouri in the village of Stella (Newton County) in 1941.  In 1974, I emigrated from the USA to Australia, where I have since resided. I received Australian citizenship in 1988. I have lived in NSW (Wagga Wagga and Terrigal) and Queensland (Brisbane). I currently live on the Sunshine Coast in Queensland, with my wife (and novelist), Maggie (http://maggiechristensenauthor.com/). I have three grown children and seven grandchildren, all living in Australia.

When I was a kid, my parents (Alvin and Maxine Christensen) moved around a lot — six states in 12 years! They were looking for their niche, and my two brothers and I tagged along. I attended 9 primary schools and 3 high schools in the midwest, southwest and west coast of the USA.  I finished my last two years of high school at Carpinteria, California (1959) and completed my BA in liberal arts at the University of California, Berkeley (1963). I started my career in high school teaching in Kenya (1964-66) as part of a USAID funded foreign aid project (Teachers for East Africa). I continued with high school teaching in the Huntington Beach High School District, California (1966-69). During that time, I completed my MA in history at California State University, Long Beach. I decided to do further studies and completed a PhD in education at the University of California, Los Angeles (1969-72). From there, I pursued a career in university teaching in the USA and Australia.

Genesis of my interest in educology

My first university appointment was that of Assistant Professor in the College of Education at Southern Illinois University, Carbondale (1972). There I met my good friend and lifelong colleague, James (Jim) E Fisher. He introduced me to the term educology and to its conception as the fund of knowledge about education. He also introduced me to his mentors, Professors Elizabeth Steiner and George Maccia at Indiana University, Bloomington, pioneers in the explication of the concept of educology.

Fruits of the dialogue

In 1974, I emigrated from the USA to Australia to teach at what is now Charles Sturt University (in those days, the Riverina College of Advanced Education) at Wagga Wagga, NSW. At the same time, Fisher left SIU-Carbondale and went on to pursue his career at other educational institutions in the USA and Africa. Though on opposite sides of the world, we continued our dialogue and collaboration. From our talks, correspondence and occasional face-to-face meetings, we produced a series of educological articles and books, organized an international conference (Educology ’86 in Canberra) and established the International Journal of Educology (in 1987). Since my initial days at SIU-Carbondale, I have held an abiding interest in extending knowledge about education and organizing educological knowledge in fruitful and productive ways. My interest in these matters continues to this day.

For those of you who would like an introduction to educology, I recommend two basic works. They are readily available online, and they give a sound, accurate and easily readable overview of educology. The first work that I recommend is the article Educology: An Overview on this website. The second is the monograph The Theory of Totally Integrated Education: TIE. A Monograph in Four Parts by Theodore F Frick (2012) at  http://educology.indiana.edu/Frick/TIEtheory.pdf.